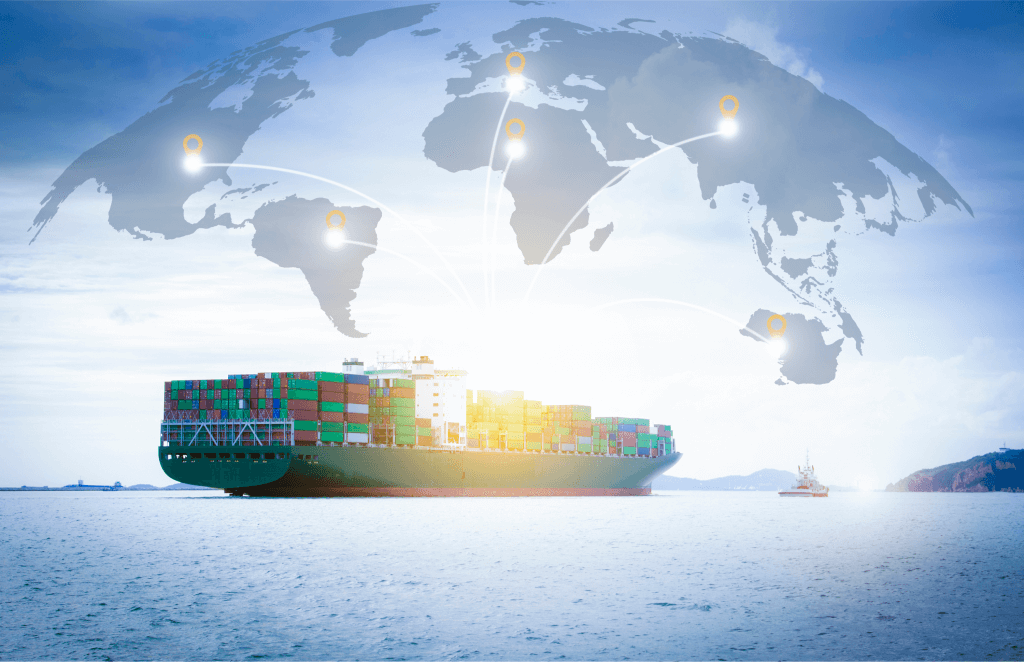 In recent times, attention and money have naturally gravitated to the growing wave of disruptive start-ups and scale-ups, online marketplaces, mobile apps, AI/ML, analytics, blockchain, IoT and other emerging digital technologies aimed at transforming logistics, transport and supply chain operations. Now, as our world grapples with the COVID19 pandemic, the complex challenges of cross-border trade and maritime supply chains are more visible to governments and the public than ever before. Global bodies such as UNCTAD, UNECE, WCO, WTO and IMO are calling loudly at the highest levels for accelerated digitalization of cross-border processes and documentation to keep trade flowing, protect frontline workers at sea and on land and enable remote working with contactless electronic solutions to replace paper documents, today and for the future.

Technology innovation has been thrust to the fore with greatly increased urgency. But this is not just about new solutions, vital though they are. Longer-established technologies also play an important role and one such is the port community system (PCS). The first generation of PCS was introduced in Europe back in the late 1970s. Of course, technology tools were not as advanced then as today, but we can and should consider this 40 year old concept as the epitome and archetype of public-private collaboration for cross border trade through seaports, creating a digital platform and ecosystem that brings all the stakeholders together to automate and optimize business process, improve data visibility and enable contactless trade.

As we look to the future, here are 5 factors to consider in deploying today’s PCS solutions as a foundational tool for the next generation of smart ports, international trade logistics and supply chains, empowering port authorities, customs authorities and foreign trade agencies in emerging and developing nations.

In the age of the 4th Industrial Revolution, it just took four decades – and a global pandemic -to realize that we need urgently to accelerate the digitalization of maritime trade and logistics, as we finally understood that we need to automate trading across sea borders to avoid traditional human interaction and paper-based transactions just to stay alive. On March 12, 2020, health security became the third pillar of world trade along with trade facilitation and supply chain security, paving the way for the 5th generation of port community systems.

As a growing number of international organizations and associations including IMO, WCO, WTO, UNECE, UNESCAP, UNCTAD, IAPH, IPCSA and DCSA agree on the need to accelerate digitalization, we need to engage the leadership of government executives to ACT NOW. Whether it be a director general of foreign trade agency, a director general of a national port authority, a commissioner of customs authority, or all three as one, strongly supported by the respective ministers, prime minister and head of state, government executives are paramount to drive policy reform in seaport ecosystems in emerging and developing countries, where a lack of digital culture in the context of informal economies and traditional brick and mortar industry is the norm.

We need new digital thought leaders to ACT NOW in order to implement PCS as the core component of smart ports to deliver what we have been waiting on for so many decades, in so many countries: optimization, collaboration, automation and visibility. That’s not only to facilitate and secure trade and supply chain flows, but also now to ensure the health security of port community people – the port workers, stevedores, seafarers, truckers, rail operators, logistics personnel, customs and other government officials and so many more who converge every day at our maritime borders.

Logistics and supply chain performance indices from organizations such as the World Bank and World Economic Forum demonstrate the extent to which inefficiencies at a nation’s sea borders can impact international trade competitiveness. For emerging and developing nations, we see a historical lack of strong policy reform towards change management, legal frameworks, business processes optimization, automation and reengineering between government agencies and private stakeholders. Development of a PCS fosters a more holistic approach to the port ecosystem and essentially mandates deeper trust-based collaboration between government agencies and the private sector. And trust is the foundation for digital trade logistics to succeed.

The PCS and its operator act as digital trusted third parties for all public and private stakeholders in trade logistics at seaports. As stated for the first time in May 2011 at the IAPH World Port Conference in Busan, South Korea, the PCS is not an information technology project but rather a change management initiative, with trust and a holistic approach at its heart.

In 2017, global container shipping company Maersk and its international port operations wing overcame an aggressive cyber-attack. It was a serious wake-up call. Others have followed and we can be sure that there is more to come.

In 2019, the European Union Agency for Cybersecurity stated that cyber risk could led PCS operators to the shutdown of port operations and port paralysis. Cyber security therefore needs to be priority #1 for executives of public and private stakeholders in maritime trade and logistics and both seaports and PCS operators should be considered as critical infrastructure vital to national economies, populations and security.

One of the world’s largest ports, Rotterdam, started to implement its first generation PCS back in 2002. Originally known as Port infolink and now as Portbase, Rotterdam estimates that its PCS investment has to date added an average €245 million euros of value to the community’s annual bottom line. That includes 30 million fewer phone calls, 100 million less emails and 30 million road freight kilometres – and associated emissions – saved.

So, let’s look at the current global PCS landscape. Today:

49 countries around the world have a PCS in operation

55 countries have an active PCS project, ranging from inception to design to implementation but go slow is still the norm

Some countries have been trying to assess the feasibility of PCS since the 1990s but are still stymied by power play between governmental agencies and lack of supply chain transparency
While international financial institutions (IFIs) have been verbally supportive of PCS development, in practice they have only issued three tenders to design and implement PCS in the last 12 months.

It is now time to call on our IFIs World Bank BID EIB AFD AfDB IsDB ADB IMF to develop a “New Marshall Plan for Digitalization of Ports”. That includes engaging policy reform at inter-ministerial level in the context of developing holistic smart port ecosystems that support the move towards automated and paperless trade logistics in all countries. The plan should include AI and IoT powered 5th generation port community systems, maritime single window, port call optimization, assets based port management system, cybersecurity, digital port security platform and digital health security and could be enhanced in a second phase to all domains of a smart port

As discussed by seasoned analysts and practitioners including Port of Los Angeles Executive Director Gene Seroka in the May 2020 IAPH webinar on “Business As Unusual”, the COVID-19 crisis has highlighted just how important port facilities are to enable world trade, both from a physical cargo handling and information flow perspective. Ports and terminals now face a critical challenge to step up in protecting people and enabling trade in the new normal. That means collaboration with all the stakeholders to foster digital solutions to manage regulatory, operational and financial processes while safeguarding the safety of people and the environment. Today more than ever, the PCS is at the heart of the matter.

This article was written by Pascal Ollivier, President, Maritime Street

Maritime Street are global strategic advisors, empowering governments and MLCs to define and implement digital trade policy frameworks with particular expertise and focus in emerging and developing countries. We also help technology solutions providers, MNCs, start-ups and scale-ups to define their go-to-market strategies and help them deliver their growth plans. With a strong track record in implementing public-private collaborations, we have developed unrivalled strategic expertise across the port, maritime and logistics industries.
www.maritimestreet.fr
Follow us on LinkedIn https://www.linkedin.com/company/18889012/admin/
Follow us on twitter https://twitter.com/maritime_street
Sign up for news, opinion and updates on global digital trade logistics https://maritimestreet.fr/news-and-views/

Any cookies that may not be particularly necessary for the website to function and is used specifically to collect user personal data via analytics, ads, other embedded contents are termed as non-necessary cookies. It is mandatory to procure user consent prior to running these cookies on your website.