5 things to know about the IMO’s new rules 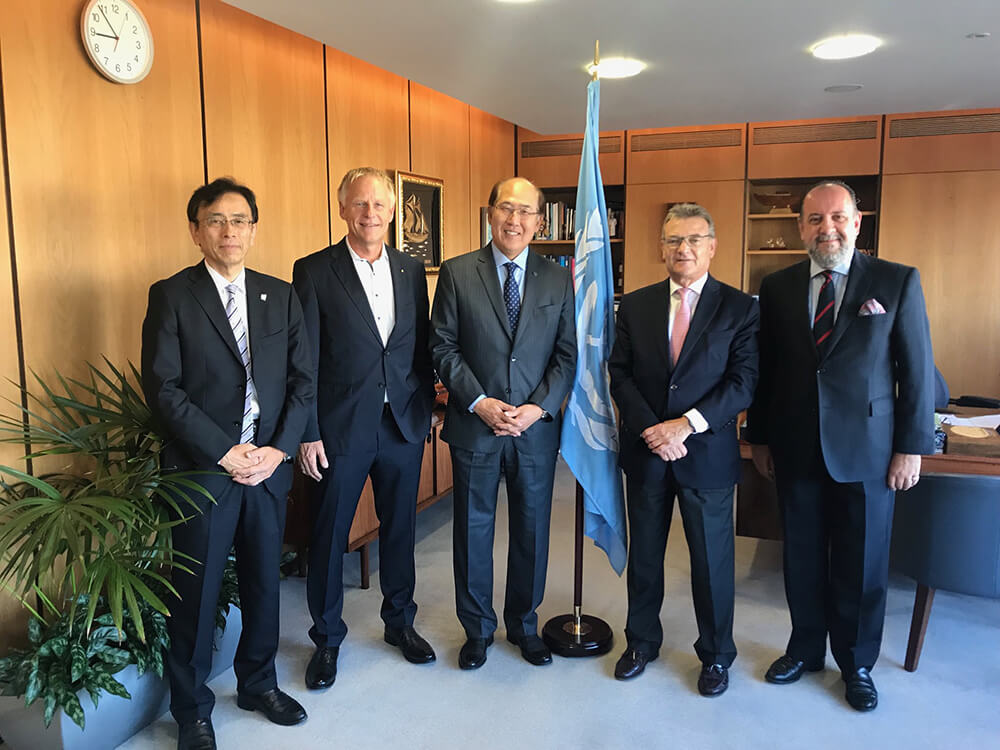 The maritime world is abuzz with news and opinion about the International Maritime Organization’s 2020 sulphur cap, but far less attention is being paid to its new rules on electronic data exchange that came into force this April.

On 8 April this year, the International Maritime Organization (IMO) made it compulsory for national governments to introduce electronic information exchange between ships and ports.

The aim of the new rules, says the UN global shipping regulator, is “to make cross-border trade simpler and the logistics chain more efficient, for the more than 10 billion tons of goods which are traded by sea annually across the globe.”

This is a major piece of legislation impacting thousands of ports across the globe. So far, however, it seems to have received relatively little public attention and scrutiny compared with other recent IMO initiatives. That includes the 2016 introduction of mandatory verification of loaded container weights, the impending IMO2020 cap on sulphur oxide content in shipping fuels and the longer-term pledge to cut greenhouse gas (GHG) emissions from shipping by at least 50% by 2050.

So, what exactly do the new electronic data rules mandate and who is affected? Here’s 5 key facts and figures:

1.Why were these new rules developed and what do they cover?

The new rules were developed as part of IMO’s Convention on Facilitation of International Maritime Traffic (FAL Convention) and form part of a package of amendments under the revised Annex to the FAL Convention, which was adopted in 2016. The rules were developed by IMO’s FAL Committee, which since the 1960s has been tasked to develop standardised documentation for port authorities and national governments to use in managing the “arrival, stay and departure of ships, persons and cargo from ports”.

FAL matters because if the exchange of information goes smoothly, physical shipments move more quickly, easily and efficiently through ports and the ship-port interface is more effective. If information exchange is badly managed, delays, inefficiencies and extra costs are inevitable. Statistics show that countries with more efficient trade facilitation infrastructure, including harmonised processes for the ship-port interface, have better import and export figures. According to the World Trade Organization, effective cooperation between customs and other appropriate authorities on data could reduce trade costs by an average of 14.3% and boost global trade by up to $1 trillion per year, with the biggest gains in the poorest countries. So, there is a clear link between reducing red tape and increasing trade competitiveness. Efficient trade facilitation helps reduce transport costs and contributes to sustainable development.

The new rules now affect 121 of IMO’s 174 member states that are contracted to the FAL Convention, making it mandatory for ports in these nations, and the ships that call at them, to exchange data electronically on a range of reporting formalities. That includes the ‘general declaration’, cargo, crew and crew effects, dangerous goods, health, passengers and ship’s stores. Additional vessel reporting formalities from 2016 amendments include security required under SOLAS Regulation XI-2/9.2.2, advance cargo information for customs, and advanced notification for Waste Delivery.

At the same time, the IMO is encouraging use of the so-called ‘Maritime Single Window’ concept, in which the multiple agencies and authorities involved exchange data via a single point of contact.

2.What type of trade and port bodies are directly affected?

Maritime trade is a complex affair and the new rules will directly impact multiple public and private parties, including:

3. How prepared and aware are governments and industry?

The IMO’s role is to create the regulatory framework governing global shipping, leaving each country to implement its various Conventions, including FAL. The FAL Convention recommends that member states set up national facilitation committees, bringing all the stakeholders together to develop a holistic program, adopt practical measures and make recommendations. Communication is vital and for the FAL process to work effectively, the public and private stakeholders must get involved, talk – and listen! – to each other at the national and international level. At the international level, the IMO’s FAL Committee is where this happens.

The EU has implemented the FAL Convention through EU Directive 2010/65, which entered into force in June 2015 requiring member states to implement national maritime single windows. The aim is now to further harmonise digital reporting processes through a European maritime single environment.

However, many countries around the world have not yet started the policy-making process to implement the revised FAL Convention and in many cases, government agencies and shipping interests are unfortunately not engaged with member states.

4. What needs to happen next?

We have here a situation that is reminiscent of the 2004 introduction of the ISPS (International Ship and Port Facility Security) Code and again for the 2016 VGM container weight verification rules, where member states have woken up late to find major new rules just around the corner. The IMO has been proactive by enabling Antigua and Barbuda to successfully implement its Maritime Single Window and is working to make the open source code available to others who need it as part of a Maritime Single Window generic framework.

But creating a Single Window environment involves far more than information technology, requiring all the stakeholders to be engaged at national and regional level and the development of a robust change management program including legal framework, and capacity building. Collaboration between the public and private sectors is crucial to implement the IMO FAL Convention amendments and that is the task that now lies ahead for many nations.

5. If Maritime Single Window is to become a globally mandated requirement, how do governments and industry deal with associated cyber security issues that can threaten nationally vital infrastructure and trade?

Economic loss due to cyber crime is predicted to reach $3 trillion by 2020 according to the World Economic Forum and over the last 24 months major shipping lines and ports such as Maersk, Cosco, Port of Barcelona and Port of San Diego have been affected by cyber attacks.

The IMO has not yet integrated cyber security at the Maritime Single Window level. Its approach to cyber security is stated as: “Maritime cyber risk refers to a measure of the extent to which a technology asset could be threatened by a potential circumstance or event, which may result in shipping-related operational, safety or security failures as a consequence of information or systems being corrupted, lost or compromised. Cyber risk management means the process of identifying, analysing, assessing and communicating a cyber-related risk and accepting, avoiding, transferring or mitigating it to an acceptable level, considering costs and benefits of actions taken to stakeholders. The overall goal is to support safe and secure shipping which is operationally resilient to cyber risks.”

As of today, IMO has issued MSC-FAL1.Circ3 Guidelines on maritime cyber risk management that will enter into force as part of the ISM International Safety Management Code on 1 January 2021.

However, the rapid digital transformation of the shipping industry and the fast growth of international data exchanges are now requiring IMO to re-assess its approach to cyber security in the Maritime Single Window environment and within the FAL Convention.

One last thing…what can the private sector get out of Single Window aside from regulatory compliance?

Beyond the IMO’s core responsibility to the safety and security of shipping, the IMO FAL Convention is about trade facilitation, getting rid of red tape in order to improve efficiency, competitiveness and performance. For the private sector, that means enhancing the flow of physical trade with more velocity, less friction and less cost.

Contact us today to see how we can help you

END_OF_DOCUMENT_TOKEN_TO_BE_REPLACED

The future for ship-shore community data sharing - a public highway or individual toll roads?Today a whole profusion of individual port and shipping data sharing platforms co-exist, many of which have been initiated by ports, shipping lines, data associations and...

END_OF_DOCUMENT_TOKEN_TO_BE_REPLACED

Meet Leading Entrepreneurs and Maritime Street at TechTour Future21 between the 24 – 26 March 2021, ONLINE

MEET LEADING ENTREPRENEURS! 24 - 26 March 2021, ONLINE500 investors challenged over 1,000 selected tech entrepreneurs in 2020 over multiple sessions to level up their investment and growth.Now, you are invited with your team to meet the top only. The goal is to...

END_OF_DOCUMENT_TOKEN_TO_BE_REPLACED

Am looking very much forward to speak at #TOCAsia on 21 April! Here, I will be talking about the ongoing digital transformation of the supply chain and the shipping landscape – alongside @Pascal_Ollivier, Luca Graf and Marco Neelsen 👍 Sign up here: https://bit.ly/3cFJodp

Any cookies that may not be particularly necessary for the website to function and is used specifically to collect user personal data via analytics, ads, other embedded contents are termed as non-necessary cookies. It is mandatory to procure user consent prior to running these cookies on your website.